Comedy Central is here on Indian television and proves my belief that sometimes the universe seems to grant our wishes. Finally we have laughter on tap for adults, 24×7. It is not exactly brimming with fresh content but we are lapping up re-runs of old favourites like Sienfeld, The Wonder Years and That `70s Show. Then we have the shows that spoof Indians –The Kumars at No.42, Goodness Gracious Me and others of that genre. Outsourced is showing on another channel, I think .

Such programmes show India and Indians in a bad light, some complain. Their gripe is that the shows exaggerate the cultural mannerisms and makes us look stupid. Well, that is precisely the point of comedy, to make one laugh and if it requires a little bit of exaggeration, it is deliberately done to tickle the funny bone. 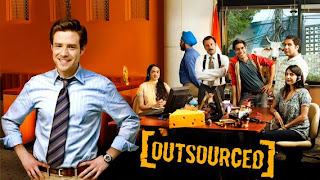 If we shine the light upon the behaviour of most Indians, we will have to admit that it is quite often ridiculous and offensive. Men and women think nothing of making deeply personal observations to people they barely know. They take liberties that can take the recipient’s breath away. Eminently spoof-worthy behaviour, I would say.

One of the oft-repeated complaints is that some of the shows make it appear that Indians are desperate for acceptance by the West. “We are not like that any more, we can hold our own now” is a proud claim and one that I am happy to endorse. But many Indians still seem to want validation by Westerners and if the latter’s behaviour towards us is condescending, I believe that we bring it upon ourselves.

At the request of a couple of old acquaintances, I agreed to help a good cause and make a pitch for an increased PR budget. The meeting was in the middle of the week and I had to struggle to fit this into my schedule. I requested a change of date and was admonished that it would disrupt schedules of international visitors and bigwigs. One the appointed day, I had to wait for more than half an hour for my turn as the previous session had exceeded its time.

As soon as I walked in, the foreigners – all women – whom the local organisation was keen to impress, begin complimenting me on my clothes. Certainly not what we are used to at business meetings, but I said a polite thank you. Next, as I set up my MacAir, one of them pipes up, “Oh, you have a really neat computer there.” It looked like it was going to pour condescension. Suffice to say, it did not take them long to realise that I meant business; the pat on the head, if any, would come from me and only if they deserved it.

I stewed about their attitude before realising that the foreigners perhaps had picked up their cue from the attitude of their Indian colleagues. The hosts should have set a business-like tone to the event and moved it along crisply. They should have been friendly but not ingratiating. Professionals do not need to wag their tails and wait for their tummies to be scratched. The only way I could get myself out of the ill-humour that the interaction created was to go, “Ha, ha.”

Read the column on Goa Herald on the link below: