Harish Hande, a Bangalorean who recently won the Ramon Magasaysay award, began his journey towards setting up a social enterprise by spending six months in a village without electricity in Sri Lanka.
“I wanted to understand the psyche of people who simply cannot take for granted that they can fruitfully use the extra hours after sun down”, he said in an interview over Skype from Boston where he is visiting his family. 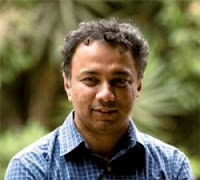 His experience of living without power led him to set up Selco India that provides sustainable energy solutions. I first met him at a dinner party some years ago and he had spoke about an instance where a simple solar lantern enabled a street hawker to work late and supplement her livelihood. She could not afford to buy a lamp, so Harish’s next step was to identify a local entrepreneur who saw the business sense in buying solar lamps, charging them during the day and lending them out each evening to hawkers. The hawkers were able to pay a small daily fee for the lamp from the day’s earnings.

This is just one small example of what Selco India has achieved. From 1995, Selco has financed 115000 solar systems to customers. It has developed solar powered products lights, heaters, inverters and stoves; for rural and disadvantaged customers it provides credit at the door-step, partnering with commercial banks, grameen banks and credit cooperatives. Customers make a down payment of 10-25%, paying the balance over three to five years, with interest rates that vary between 5 to 14 percent.
It has not been all smooth sailing and Hande strongly resisted the push for profits from early investors, as his commitment has always been to build a social enterprise.
The company is financially viable; it employs 170 people in Karnataka and Gujarat and works on a minimum profit including the target for the next three – four years. Hande believes that companies that think only of increasing the value of the shareholders and disregard the value to their staff and the end-users are unethical. The sustainability of an organisation should not be based only on the financial profits; equal value has to be given to social and environmental factors as well. Stressing only on financial viability destabilises the economy, he says.
Clean energy is one of his concerns and while his mission is to perpetuate it in rural areas, he says much needs to be done for it to be more than a buzzword amongst corporates. Modern office buildings are made of glass that trap heat and try to create hype because they use environment-friendly air-conditioners, he points out. They fail to use the simplest source of renewable energy, daylight. Board rooms and offices are covered up and constantly lit up with artificial light.
A woman in a slum wanted them to give her solar energy as she did not have enough light to use her sewing machine and the cost of the electricity supplied by the government was too high. The Selco technician had a solution that cost only Rs.20; he replaced a few tiles with glass tiles, that gave her enough light to work! “When we could come up with a cost effective and simple solution, why can’t the big companies come up with better ideas?” he demands.
Solar energy is clean but it is also essential for appliance manufacturers – those who make fans, sewing machines and the like- to create efficient appliances.
Customers in urban areas have skewered priorities, he says; the first thing they want to know is if the solar inverter can power their air-conditioner and tv. In rural areas and slums, the emphasis is on having light for the children to study.
Hande believes that education is the key to sensitising the new generation and that teaching about environment has to include thinking about utilising resources. He rues the fact that we are not an innovative society and that education is limited to retention of facts. “We have to learn to use more from less”, he says.  Selco’s rural lab in Dharmasthala focuses on incubating entrepreneurs in agriculture, education, water and livelihood generation.
In fact, the money from the Magasaysay award, a cash prize of $50,000 (Rs 2.22 crore), will go towards helping young entrepreneurs. The award does make a difference, it validates what we stand for, Hande says with quiet rejoicement.
-Sandhya Mendonca
(Sandhya Mendonca writes a weekly column ‘My Bangalore’ for Oheraldo)
Share :
Kitsch Hits Karnataka
The Traveller’s Dreamcatcher