Bangalore has long been known as the Pub City of India and generations of consumers  have grown  up on the locally brewed international beer Kingfisher.  With the city rapidly adapting international trends,  micro-breweries are making a bee-line here, with The Biere Club being first off the mark.

Bangalore’s first craft brewery opened its door to the pub city recently and in doing so has given an insight into how the city’s fast changing demographics and hunger for new places has given rise to the new trend. 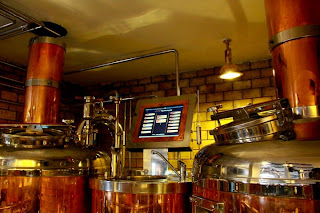 A micro-brewery is basically where beer is brewed, sold and drunk, all in the same place. Siblings Meenakshi Raju & Arvind Kumar who started the place have introduced people to beer in a manner never done before. They brew fresh and original beers in small batches, using only the finest ingredients with traditional methods. 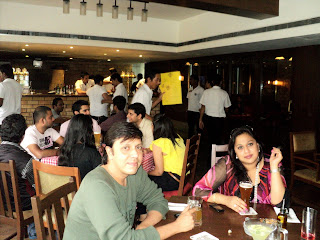 The Biere Club offers  a variety of  beers ranging from light froths like wheat beer and lager, ale to heavy-bodied. Complementing their brews are appropriate gastronomical experiences, excellent service and an unforgettable ambience. Spread over three floors in the upmarket locale at the intersection of Vittal Mallya Road and Lavelle Road, the USP of this place is of course  the beer.

Food served at the Club are from the Mediterranean belt and consist of Middle Eastern, Turkish, Greek and Spanish Tapas; experiments to cook their food with the brew are also on. 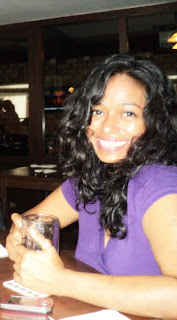 Few Indians have any idea about what lies over the mountain of pasteurised, preservative-added bottled beer; fresh draught beer has never been a well-sustained tradition. Microbrews are served as soon as they are ready to be drunk, and the breweries stay in continual production. Free of preservatives, the beer suffers no alterations in flavour.

The concept seems to have certainly caught the fancy of customers of all ages. Says Tariq Wali, 22, “Its unique taste of Stout beer was refreshing, definitely my new hangout”.

Gita Budhrani, 38: “This is a very different concept, and for the first time, I like the taste of beer – the wheat beer is so light”.

Having quickly become the hippest location in town, the Biere Club has given beer its due and cheer to people who have tired of the usual pub scene.