For the love of chai

Tucked away in the midst of loud buildings, unobtrusive yet inescapable, is Chaipatty Teafe. Contemporary, familiar and comfortable, it is a home away from home

The night is young and the air is abuzz with chatter and laughter as those in the know gather at the cozy Chaipatty Teafe on 100ft Road, Indiranagar. Curled up on diwans, mats and muddas, with Coke Studio Pakistan playing in the background, folks tuck into Maggi and omelettes, sipping on piping hot chai.

With the city seeing a spurt of coffee chains in the past few years, Chaipatty Teafe comes as a whiff of fresh, tea-flavoured air that is catching on in the city. The 10-month old teafe is multiplying almost at the speed of bunnies. With two established outlets, a third one coming up on Varthur Road and two more in the pipeline, Chirag Yadav, the brain behind Chaipatty Teafe, is on a roll. He plans to cross borders by franchising outlets across India, with an eye on also setting shop in Australia, Dubai, UK and US. 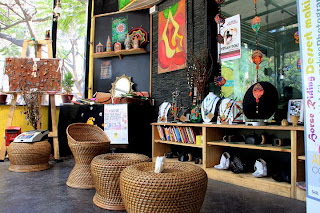 A self-proclaimed jack-of-all-trades and master of a lot more, Yadav says, “Thanks to my Army officer dad and my multi-faceted lifestyle, I have always been fascinated with various creative interests. I have been an art curator, a writer, a poet, a blogger, a cook, a lawn tennis player (played against Somdev Burman in school), an ambidextrous table-tennis and badminton player, and a chess player too. I have an engineering degree in Electronics and Communication, and a diploma in Embedded Systems. I have also been dancing the salsa for seven years now. I like challenging myself and am inspired by people like Richard Branson and Steve Jobs. I like perfection and have an insatiable thirst for achieving success. For now I am intent on getting Chaipatty to the top and making it a favourite brand for Bangaloreans, similar to Koshy’s and Airlines Hotel.”

Yadav was not impressed with the route most cafes, meant to be hangouts, were going. He says, “I was bored of what coffee chains were offering and what people were making of them, so I started Chaipatty. It is a teafe (tea-cafe) and not a cafe. We have focussed on making it a homely and approachable place that appeals to you with its simplicity whether in design, service or offerings. People call it a home away from home. It is like sitting in your backyard and enjoying home-made snacks and drinks.” 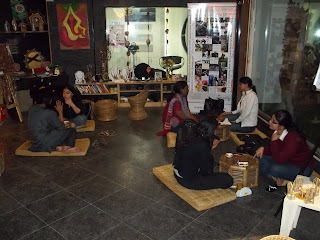 The teafe’s name, Chaipatty was coined over an Old Monk session at home and while it started off as an activity centre, it took the shape of a tea-cafe as soon as they zeroed in on the location. “The name was reminiscent of a ‘chowpatty’ known for its approachability as a hangout and of course affordability, and Chaipatty being what we wanted to be known for – a tea cafe,” says Yadav.

Unlike the fancy menus in most cafes, Chaipatty plates out dishes that can be whipped up quickly and effortlessly like pastas, omelettes and Maggi noodles. You have the choice of kullad chai and cutting chai, and you can opt for masala. Yadav says, “We do keep experimenting and adding new things every two-three months but still the whole idea is to be a healthy and hygienic cross between a college canteen and roadside tea-stall.” 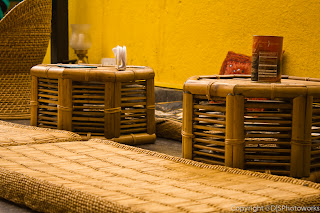 The décor of the teafe, with its rustic setting and catchy wall art, has folks raving. A teafe fan captures the mood, “Chaipatty is like my bedroom with an open window to hear the traffic buzz by and have the luxury of simple yet finger-licking good food.”

Share :
A Slice of Old Bangalore
You have come a long way baby