This city’s lack of infrastructure gets so much flak, and has been doing so for several years now that one has to admire the grit and perseverance of companies that continue to function as well as they do. It is this same ‘can-do’ spirit that perhaps prompted the Confederation of Indian Industry to have as the theme of the Seventh India Innovation Summit ‘Making Bangalore the innovation hub of Asia’. 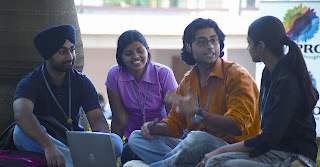 Just before the conference, a financial daily quoted local technology companies who repeated in unison what they have been saying for most of the last decade. This city, once touted as the desi Silicon Valley, has lost ground to others outside the state.
How long can its celebrated weather and the cosmopolitan tag remain attractive? For businesses to survive and thrive, they need infrastructure – give us power, water, roads – is the common refrain that successive governments of varying political hues have become deaf to. The new BJP Chief Minister DV Sadananda Gowda made the same assurances but one can’t expect him, lame duck as he is portrayed to be, to really do much. But who knows, he might well surprise us, and one can live on hope. 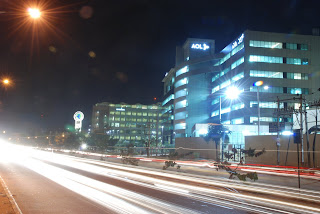 Industry does that remarkably well; Dr. Sridhar Mitta, who left Wipro to start NextWealth, a social enterprise that takes IT to tier-2 and 3 cities, is confident that Bangalore will soon give birth to a company like Google or Microsoft. “Innovation comes out of adverse conditions and India is a good place for it because of the chaos”. Businesses do well in spite of the government, he repeated.

I really wish that this were not so. We have a few enormously successful businesses driven by NewGen technocrats. Imagine how many more would have come up if the government had the right attitude? How much faster would have been their growth?

Instead of listening to snide remarks about lack of original ideas, the homegrown companies that have now set their sights on scaling up the value chain, would have perhaps already incubated original business ideas.

The good news is that the spotlight is on R & D and on an ecosystem that supports innovations. Large multinational technology companies are already at it. Cisco’s ‘smart campus’ is its showcase to global customers and Yahoo India’s R & D centre here is its second largest globally. Dr Praveen Vishakantaiah, President, Intel Technology India proudly pointed out that India is quoted as a model within the global operations of Intel.

Talent has been scarce with a lack of domain expertise especially in the higher levels, and several companies said they were working with universities to up the knowledge quotient. Representatives from universities who need these companies to hire their students were in plenty at the session.

Researchers also need soft skills, as it is critical for them to sell their ideas internally and many engineering students used to be not very good at doing this. This seems to be changing too, going by Yahoo’s VP and CEO Yahoo India R &D Shouvick Mukherjee who said that he has seen a positive change in how young recruits articulate their goals.

More PhDs and more patents will place Bangalore and India as an innovation hub. Now all we need is the political will to ensure that labs that are currently unused for lack of power and water can work at peak capacity.