A Sunday with a soul

An eclectic mix of food, clothing, music, fashion & accessories were up for grabs at the Sunday Soul Santhe or fair at the famous Palace Grounds in Bangalore. 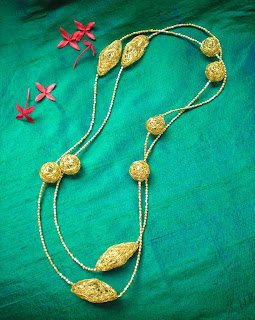 Perhaps people are bored with air-conditioned malls but there was genuine appreciation of the laid-back open-air bazaar, with glitterati and tweeple finding common ground in the bargain hunt. One of the most well-attended events in Bangalore, the Santhe in its fourth edition was essentially a Sunday carnival that brought Bangalore’s creative culture all at one venue.
An effort to blend or bring together creative potential of artistes and designers in the city and even some from across the country, it was created by Asha Rao and reflected her warmth and attention to detail.
Rao, who has been doing Soul Santhe since 2010, says that the event is also an avenue for people to relax and have fun as well as to encourage Indian culture, craftsmanship, artists and heritage.
The hot Sunday afternoon was ideal for chilled beer, but though Kingfisher was the main sponsor, it did not retail beer, as an alcohol ban had been imposed at the Palace Grounds. A bit strange but then, such arbitrary decisions have come to be the norm in Bangalore. The thirsty crowd found succour in eating ice creams.
Some of the quirky and creative stalls at Santhe were of Glasshopper which creates objet d‘arts out of old broken glass, and Pitaraa which retailed a nice line of accessories like wallets and funky bracelets. Pitaraa even pegged social media for people who bought their products, featuring them on their Facebook page. Pitaraa was started by Rachana Nagranee in 2010; it currently retails in Bangalore and plans to expand this year to Delhi, Mumbai and Pune. TooSid from Delhi was another worthy mention with its hand-painted, out-of-the-box t-shirts inspired by eye-catching motifs.

Amongst the hottest haunts at the venue was the Counter-Culture space. Founded by Vishwaraj Mohan, Counter-Culture is a new open space with a bar and restaurant located on the outskirts of Bangalore just outside the bustling IT area of Whitefield. At the Soul Santhe, Counter-Culture allowed fellow artists to relax and sell their wares, besides curating the music for the evening. The music featured popular names like DJ Ivan and upcoming artists like Arjun Chandran and Aman Mahajan.

It’s another matter that the skies opened up and poured down, putting the Santhe fun on momentary hold, but then such is Bangalore’s weather.

With an entry fee of Rs 49/- Sunday Soul Santhe is certainly my pick of things to do if you ever happen to be in Bangalore during its occurrence.