“The Best among the Best – Best of Bangalore Innovation Edition.” 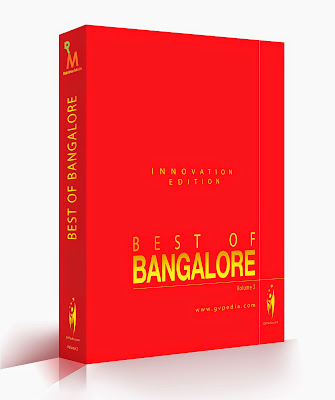 “This is the best among the best,” said Mr Ashok Soota, Executive Chairman of Happiest Minds at the launch of the latest in the BEST OF series of international books, and the fifth in the series in India.

Fittingly for a book that pegs itself as setting the benchmark for books on Bangalore, the launch was a statement of both substance and style. It was an evening of understated elegance and unaffected affirmation of accomplishment.

Kicking off with two sets of short contemporary dances that were specially choreographed for the book launch by Natya & Stem Dance Kampni, the event moved seamlessly to an audio visual journey of Raintree Media’s journey of consistent growth and innovation.

The original number ‘Ocean Flute’ by CHAKRAFONICS, a world music band, playing in the background set the mood for a book launch like never before.

Sandhya Mendonca, Managing Director & Editor-in-Chief of Raintree Media, spoke without a prepared text, stating, “The AV has said it all, and the rest is for you to read in the book”. It was a moment to give warm thanks, and her speech was brief. In fact, brevity marked the company’s presenters, Aditya Mendonca and Capt Seshadri Sreenivasan saying just enough.

The focus was after all on the panel of eminent speakers who had been assigned, after much deliberation, topics that drew out the best from them.

The first of the illustrious speakers of the evening was Mr. Sandeep Maini, Chariman of CII Karnataka State Council & Chairman of Maini Group of Companies. Heading the company that pioneered many engineering products, including, the Reva EV, he was the perfect person to speak on Bangalore as a business hub. He has lived through the various changes of this dynamic city and he intertwined that invaluable experience into his speech. An eternal optimist, he outlined the challenges facing companies today and how they are currently being overcome.

Dr.Shalini Rajneesh, Principal Secretary for the Department of Personnel and Administrative Reforms and two other departments, spoke on ‘Innovation in Governance’. As the Project Director of Karnataka’s pioneering e-governance initiative Sakala, she stressed the importance of cooperation between the government and the corporate world.

Mr. Ashok Soota, Chairman of Happiest Minds, spoke about “Innovation as a Key Differentiator” to an audience eager to lap up his words, gleaned from years of valuable experience. Having worked in both manufacturing and information technology, Mr. Soota had excellent insights into what makes an organisation tick. “Innovation has to be pervasive and permanent”, he said, citing several case studies to reinforce his point. *A more detailed report of the three speeches are in the next post.

Following those enlightening speeches, the chief guests unveiled the elegant, red case-bound books and were joined on stage by CEOs and Founders of companies that have made their mark with innovative thinking. These are the superstars of the business world and it was a proud moment for everybody present, as these illustrious Bangaloreans came together to celebrate the launch of the book.

The final act was as fitting as it was beautiful. A musical performance by Aneesh Vidyashankar and his accompanists, the trio of young and very talented musicians; they expressed their imaginative interpretation of innovation. Fusing Western and Indian classical music, they created a lilting confluence. From Bach to Thyagaraja, their knowledge of music was evident as they weaved through their performance with ease, breaking conventions to create magic. It was the perfect end to a perfect evening.